The World’s Tallest Building Should Never Have Been Built. Change My Mind.

The Burj Khalifa soars half a mile above downtown Dubai, gleaming like a mirage in the desert sun. Its unique stepped form, which seems to glide from its broad Y-shaped foundation into a single star-like point, echoes both the Great Mosque of Samarra and Frank Lloyd Wright’s unrealized design for a mile-high skyscraper, “The Illinois,” bringing East and West together in an expression of Islamic modernism. As a design object, it is far superior to the world’s previous tallest building, the blocky and awkward Taipei 101. And yet, despite all this, the Burj Khalifa should never have been built. 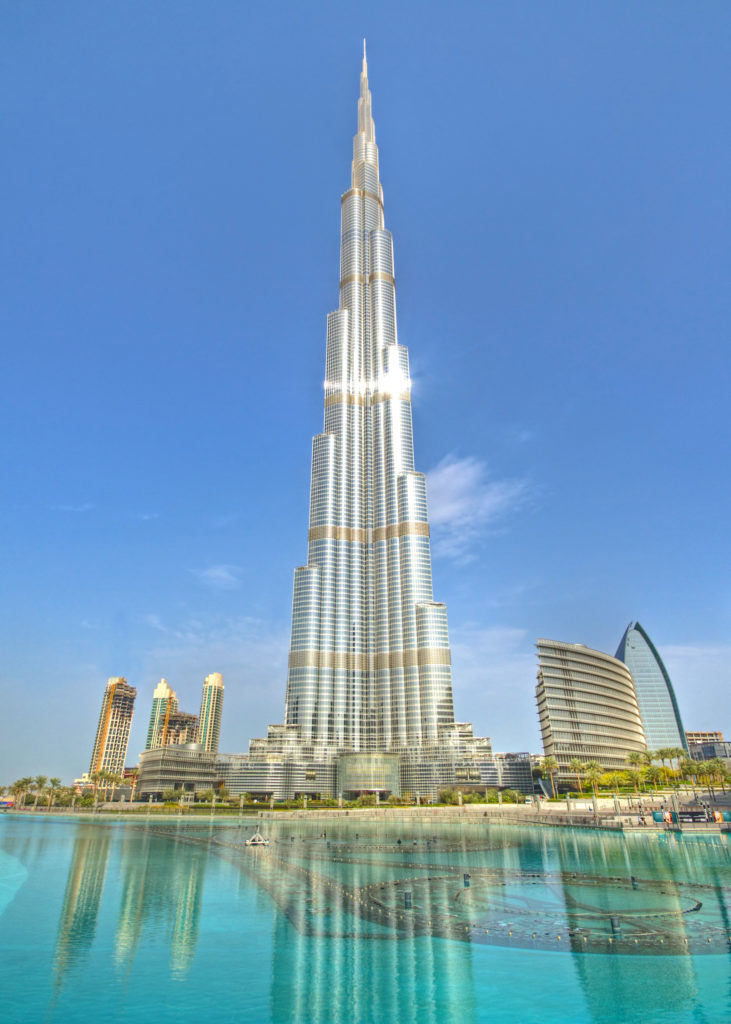 It is impossible to deny the futuristic visual appeal of the Burj Khalifa. Photo by Colin Capelle via Flickr.

What about this building, visually striking as it is, could not have been accomplished in a high-end rendering? Was anyone actually impressed by this building as a feat of engineering when it went up in 2009? Obviously not — by this point, it is well understood that anything in architecture is possible if you have enough money, and the Burj Khalifa cost over $1.5 billion dollars. Unlike the world’s first skyscrapers, which proved the strength of structural steel frames and curtain walls, the erection of the Burj Khalifa achieved nothing besides showcasing the financial power of the United Arab Emirates and its former ruler Sheikh Khalifa bin Zayed Al Nahyan.

It is unclear what the Burj Khalifa contributes to Dubai except bragging rights. While the surrounding hotels, malls, and other attractions generate a great deal of income for the local economy, the colossal Burj Khalifa was financed by a massive amount of debt and it is still unknown whether it will ever pay for itself. The situation becomes grimmer when one considers its maintenance costs, especially with its famously inefficient sewage system. And the main reason the building is so expensive is its height, which is a completely cosmetic, non-functional feature of the building.

The city of Dubai did not green light a building that extends a half-mile into the air because of a pressing need for residences in downtown Dubai. To the contrary, the top 800 feet (244 meters) of the building, or 29% of the structure’s total height, is devoted to non-usable floors. These floors are simply unoccupied due to lack of demand; even worse, they were not designed to be occupied in the first place. They were simply added to edge out the competition for the prize of world’s tallest building. At night, the building comes to life with blinking lights and water features. Photo by Michaela Loheit via Flickr.

Vanity height is not an issue specific to the Burj Khalifa. The Council on Tall Buildings and Urban Habitation estimates that 60 percent of all supertall buildings — defined as buildings that are over 300 meters, or 984 feet, in height — would not be supertalls without useless floors and spires added to the top. The council calls this wasteful space “vanity” height. The vainest building in the world by this metric is actually the 1200 foot (366 meter) Bank of America Tower in New York City, which is 36% fluff.

The wasted space in supertall buildings would not be so offensive to the eyes and conscience if there was enough housing to go around. However, there is not. New York City, the home of the super-vain supertall Bank of America Tower, is in the midst of a major housing crisis, as the supply of affordable housing is nowhere near demand levels. And in Dubai, the situation is much worse, as the laborers who build vanity towers are often migrant workers who live in deplorable conditions and are denied human rights. This is as true today as it was when the Burj Khalifa was constructed over a decade ago, when labor conditions were so poor they prompted a riot among migrant workers.

The world needs functional architecture that meets the needs of the local population. It does not need more monuments to the power of capital, even pretty ones like the Burj Khalifa or the Jeddah Tower, which is currently under construction in Saudi Arabia and is expected to become the first building in the world to exceed 1,000 meters (3,280 feet) in height, a distinction that serves nothing except the egos of those who are commissioning the building.

The post The World’s Tallest Building Should Never Have Been Built. Change My Mind. appeared first on Journal.